You are here: Home » Blog » NERDY » Books to Read Before They Are Movies in 2016
This post may contain affiliate links. Please see my full Disclosure Policy for details.

It’s another year filled with new book adaptations, so here’s my list of Books to Read Before They are Movies in 2016!

Hi, Nerds! Are you still having a hard time believing we are in 2016 because I am?! I have no idea where even the last two weeks have gone. But it really is 2016 and one of the favorite things that I like to do when making my reading goals for the year is to look at which books are being turned into movies. Yes, I fall into the camp of reading the book first is better. However, interestingly enough, I don’t fall into the camp where the movies have to be an exact replication of the book. That is just impossible. They are adaptations – things and viewers need to adapt. 😉

Update: 2017 is here which means a whole new list of book adaptations! Hop on over to see the new list.

I usually love the books more though. I love the detail, the power of words, the more detailed growth of characters that you see. The book almost always presents a richer world that I want to explore and I love building that world in my mind before being presented with a director’s vision. So in case you are like me and believe books are usually better, I’m giving you my list of Books to Read Before They are Movies in 2016. Plus, I am giving you a short list of the books I think you can probably skip and head straight to theaters for!

Books That You Probably Should Read 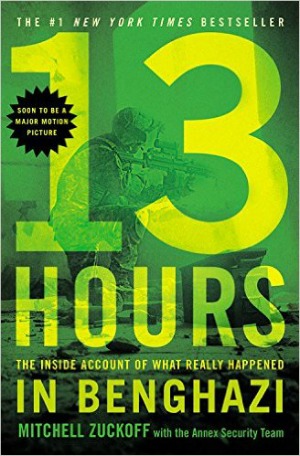 13 Hours: The Inside Account of What Really Happened In Benghazi by Mitchell Zuckoff

WHAT’S IT ABOUT?: 13 HOURS presents the true account of the events of September 11, 2012, when terrorists attacked the US State Department Special Mission Compound and a nearby CIA station in Benghazi. A team of six American security operators fought the attackers and protect the Americans stationed there. Those men went beyond the call of duty, performing extraordinary acts of courage and heroism, to avert tragedy on a much larger scale. It is their personal account that has never before told before.

This is definitely a book Bryan wants to read, because politics and military maneuvers interest him. At 300 pages, it is doable to read before the movie leaves theaters if you have some time. I have a feeling this book would be a good follow up after the movie as well, since I’m assuming the book with provide far more details and context. 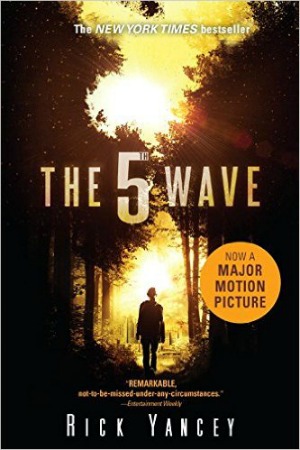 The 5th Wave by Rick Yancey

WHAT’S IT ABOUT?: “After the 1st wave, only darkness remains. After the 2nd, only the lucky escape. And after the 3rd, only the unlucky survive. After the 4th wave, only one rule applies: trust no one.”

In this YAL science fiction novel, 16-year-old Cassie Sullivan is one of the few people left alive on Earth, which has been invaded by the Others. Now facing the 5th wave, she must trust no one to protect herself and save her little brother before it’s too late. But then she meets the mysterious Evan Walker and Cassie must choose between trust and despair, to give up or keep moving.

I am always up for a good young adult lit series and this definitely didn’t disappoint. I just finished the second book in the series and can’t wait for the 3rd in May. 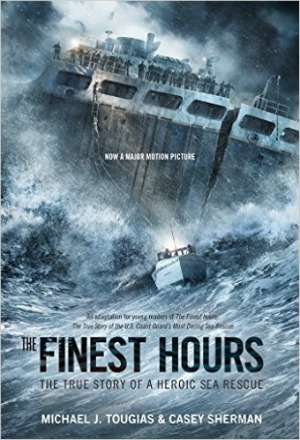 The Finest Hours: The True Story of the U.S. Coast Guard’s Most Daring Sea Rescue by Michael J. Tougias and Casey Sherman

WHAT’S IT ABOUT?: The Finest Hours is the true story of the heroic attempt to rescue the people inside shipwrecked oil tankers. The Guard sent out two thirty-six-foot lifeboats, manned by only four men.  These wooden boats were dwarfed by the enormous seventy-foot seas. As the tiny boats set out from the coast of Cape Cod, the men on board were fully aware that they could easily be on a suicide mission. 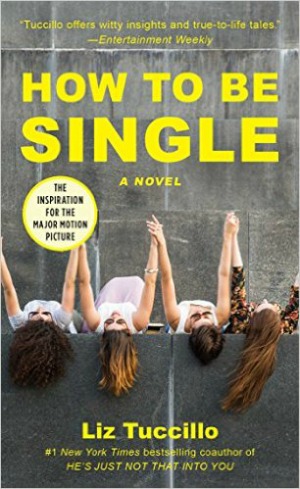 How to Be Single by Liz Tuccillo

WHAT’S IT ABOUT?: Julie Jenson, a single thirty-eight-year-old book publicist, is asked by a friend to organize a fun girls’ night after finding out her husband is leaving her. She thought it would be a fun reminder of why it’s fun to not be tied down,  but instead the night becomes a wake-up call for Julie because none of her friends seem to be having much fun. Fed up being single in Manhattan, Julie sets off to find out how women around the world deal with this dreaded phenomenon. From Paris to Rio to Sydney, Bali, Beijing, Mumbai, and Reykjavik, Julie falls in love, gets her heart broken, sees the world, and learns more than she ever dreamed possible. 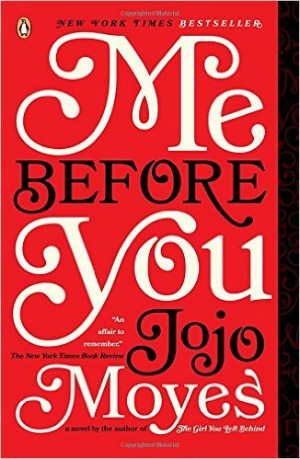 Me Before You by Jojo Moyes

WHAT’S IT ABOUT?: Louisa Clark is an ordinary girl living an ordinary life with a steady boyfriend and close family. She takes a badly needed job working for ex–Master of the Universe Will Traynor, who is wheelchair bound after an accident. Will has always lived a huge life with big deals, lots of travel, and extreme sports, but not anymore. Will is moody and  bossy, but Lou refuses to treat him with kid gloves and soon his happiness means more to her than she expected. When she learns that Will has shocking plans of his own, she sets out to show him that life is still worth living.

WHO’S IN IT?: Emilia Clark (GOT), Sam Claflin (Finnick from Hunger Games)

Trust me when I say READ THIS BOOK! I haven’t been affected by a book like this in a long time. 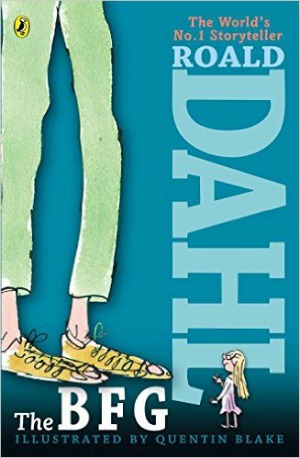 The BFG by Roald Dahl

WHAT’S IT ABOUT?: Captured by a giant! The BFG is no ordinary bone-crunching giant. He is nice which is lucky for Sophie. Had she been carried off in the middle of the night by the Bloodbottler, the Fleshlumpeater, the Bonecruncher, or any of the other giants-rather than the BFG, she would have soon become breakfast. But don’t worry, the BFG is going to help her with the others in order to save other children.

If you never read this as a child, why the heck not?! I definitely loved Roald Dahl and The BFG was a favorite. It’s 199 pages and worth it. If you have kids, use them as an excuse! 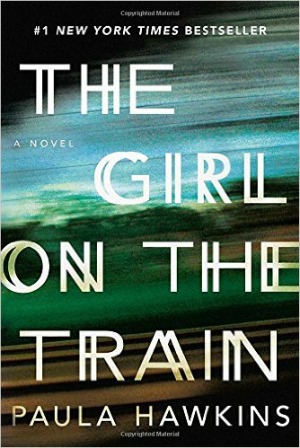 The Girl on the Train by Paula Hawkins

WHAT’S IT ABOUT?: Rachel takes the same commuter train every morning. Every day she whizzes by a stretch of cozy suburban homes and stops at the signal that allows her to watch the same couple breakfasting on their deck every day. She’s even named them “Jess and Jason.”  Their life—as she sees it—is perfect. Not unlike the life she recently lost. And then she sees something shocking. It’s only a minute until the train moves on, but it’s enough. Unable to keep it to herself, Rachel tells the police and becomes entangled in what happens next. 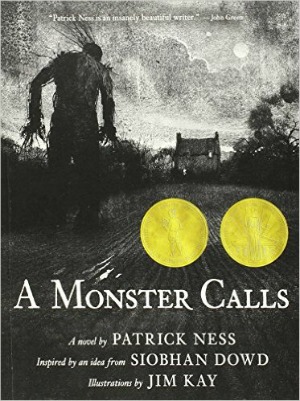 A Monster Calls by Patrick Ness

WHAT’S IT ABOUT?: The monster showed up after midnight. As they do. But it isn’t the monster from Conor’s nightmare as he was expecting. The one who she’s seen every night since his mother’s started treatments. This monster is different. Something ancient, something wild, and it wants the truth. 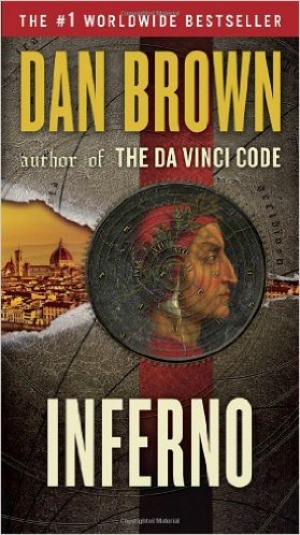 WHAT’S IT ABOUT?:  In the heart of Italy, Harvard professor of symbology Robert Langdon battles a new adversary and grapples with a new riddle that pulls him into the world of classic art, secret passageways, and futuristic science. Drawing from Dante’s dark epic poem, Langdon races to find answers and decide whom to trust . . . before the world is irrevocably altered. 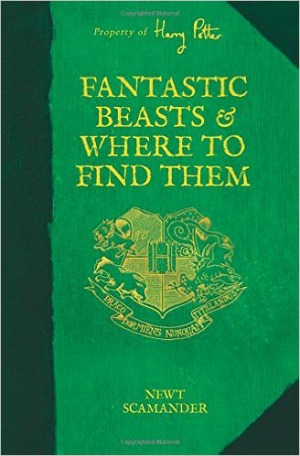 Fantastic Beasts and Where to Find Them by Newt Scamander/J.K. Rowling

WHAT’S IT ABOUT?: “A copy of Fantastic Beasts & Where to Find Them resides in almost every wizarding household in the country. Now Muggles too have the chance to discover where the Quintaped lives, what the Puffskein eats and why it is best not to leave milk out for a Knarl.”

If you are a true Harry Potter fan, then this is a super fast must read. It’s cute and offers some interesting new details into the larger magical world of J.K. Rowling. 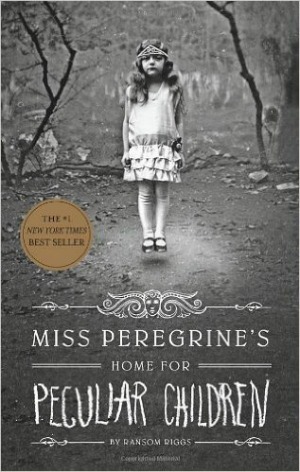 WHAT’S IT ABOUT?: A horrific family tragedy sends sixteen-year-old Jacobto a remote island off the coast of Wales, where he discovers the crumbling ruins of Miss Peregrine’s Home for Peculiar Children. As he explores, it becomes clear that the children were even more than peculiar. They were quarantined on a deserted island for good reason.

I say, if you like mysterious, somewhat spooky books – then it’s a must read.

BOOKS THAT YOU COULD PROBABLY SKIP AND JUST ENJOY IN THEATERS! 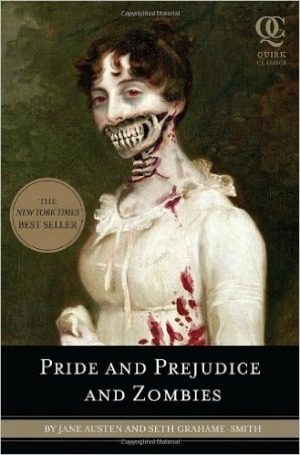 We got to see this movie as an early press release, and it’s definitely fun! There is something awesome about seeing the Bennett girls kick some but!! Plus, who doesn’t love Lily James, Matt Smith and Lena Headey. 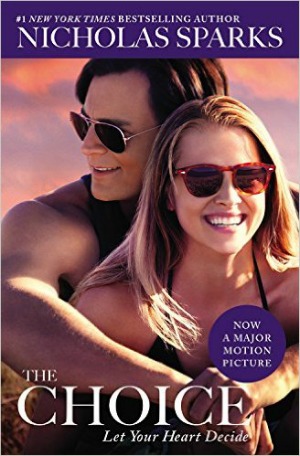 The Choice by Nicholas Sparks

I am not anti Nicholas Sparks. I don’t think he is a great writer by any means, but I certainly do love a good romance novel every once in awhile. This one bothered me though and I know it did a lot of my friends, too. I saw skip it unless you are a die hard fan and need to read them all. 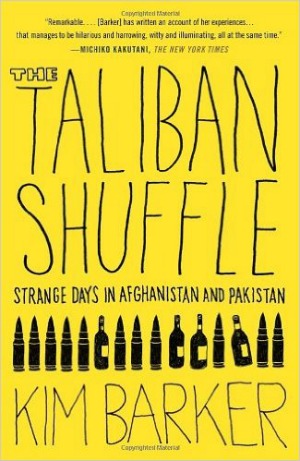 The Taliban Shuffle: Strange Days in Afghanistan and Pakistan by Kim Barker

MOVIE RELEASE DATE: March 4th
WHO’S IN IT?: Tina Fey, Margot Robbie, Martin Freeman, Billy Bob Thornton
Looking at reviews, people were not really thrilled with the book. They were looking for more and found her style a bit difficult. The trailer, however, looks good. It looks like a really good role for Tina Fey. 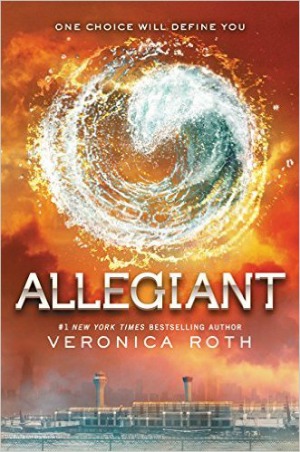 By the last movie, you either have read the books already or you are just enjoying the series as a movie series. So by now, you could probably skip it. Plus, I watch the previews, and don’t even recognize the book in it. They have made lots of changes. 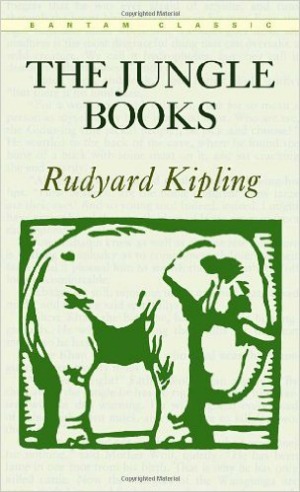 The Jungle Book by Rudyard Kipling

I am all for the classics and have read this, but unless you like reading older, classic literature – just enjoy the newest Disney live action movie. 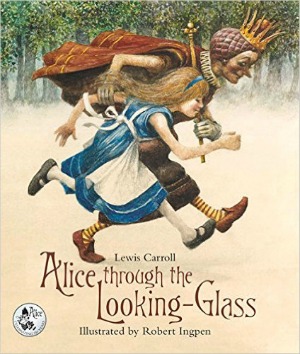 Through the Looking-Glass by Lewis Carroll

I love the Alice books! But reading Lewis Carroll can be tricky if you don’t like the nonsense that ensues in written format. I would say – Read it if you are a huge Alice fan. If not, enjoy the story in theaters. 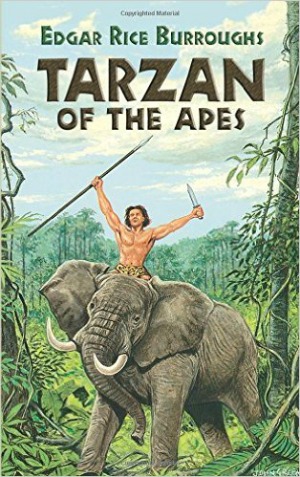 Tarzan of the Apes by Edgar Rice Burroughs

The Tarzan you are used to is definitely not the Tarzan of the book and the movie seems to be going closer to the original source. I find Burroughs style tough to get through and don’t know many people who would really love it. I am super excited to see Alexander Skarsgård in this role though! Yes please! 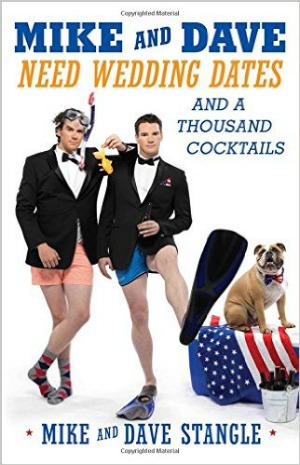 I did not see good reviews for the book, but I will definitely watch the movie because of the cast!

Did I miss any other books to read before they are movies that I should add to the list? Which are you most excited about?