You are here: Home » Blog » LIFESTYLE » Choosing the Right Baby Bottle the First Time
This post may contain affiliate links. Please see my full Disclosure Policy for details.
Compensation was provided by Philips Avent via Momtrends.  The opinions expressed herein are those of the author and are not indicative of the opinions of Philips Avent or Momtrends.

Finding the right baby bottle for your baby can be overwhelming, but the choice for our family was easy! 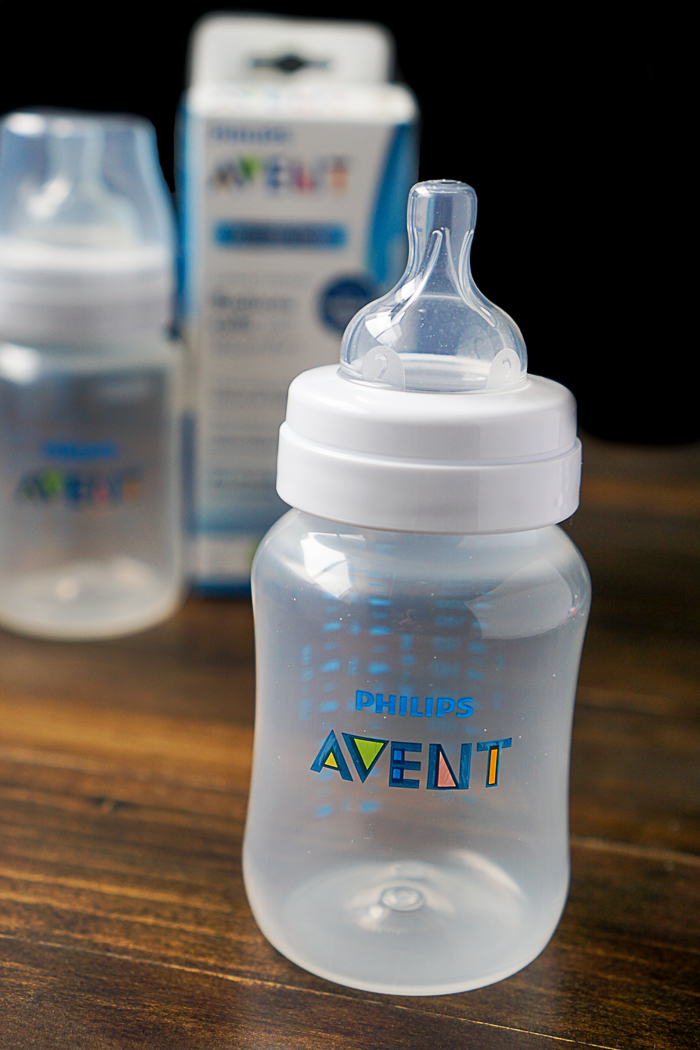 Becoming a new parent is entirely overwhelming with just the amount of products and tools alone out there to choose from. You have so many cribs, swings, car seats, strollers, bottles and more to choose from, and it can be hard to sift through all those options to find the right one. I am so thankful that we picked the right bottle for Liam from the beginning – Philips Avent Anti-Colic Bottle! 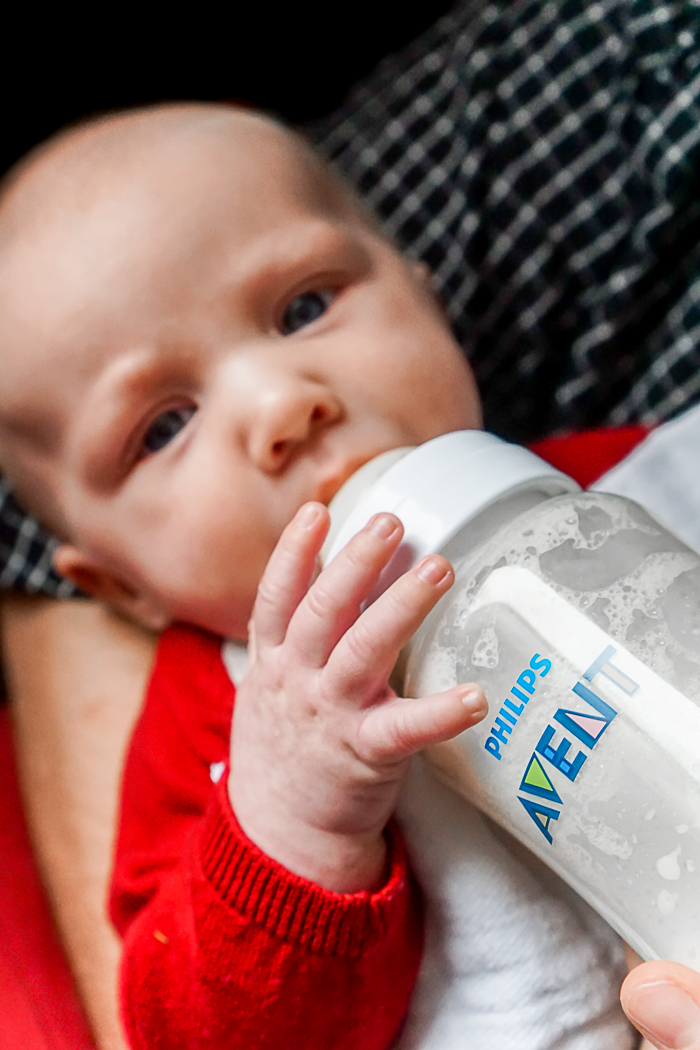 It was important for us to choose a bottle that would be best in preventing any possible feeding problems like gas, colic, spit-up and overall fussing. Philips Avent Anti-Colic Bottle has the same features of the Classic+ bottle moms have been using for years with a new look and name and is clinically proven to reduce colic and discomfort.

The Philips Avent Anti-Colic Bottle features an Airflex venting system that is designed to reduce air ingestion which in turn reduces gas and colic. In even simpler terms – less air in your baby’s tummy means a happier baby. In fact, babies fed with this bottle experience 60% less fussing at night compared to those fed with a leading competitor’s vented bottle. The bottle also has a ribbed texture which prevents the nipple from collapsing. Why is this good? It means uninterrupted feeding and, again, a happier baby. 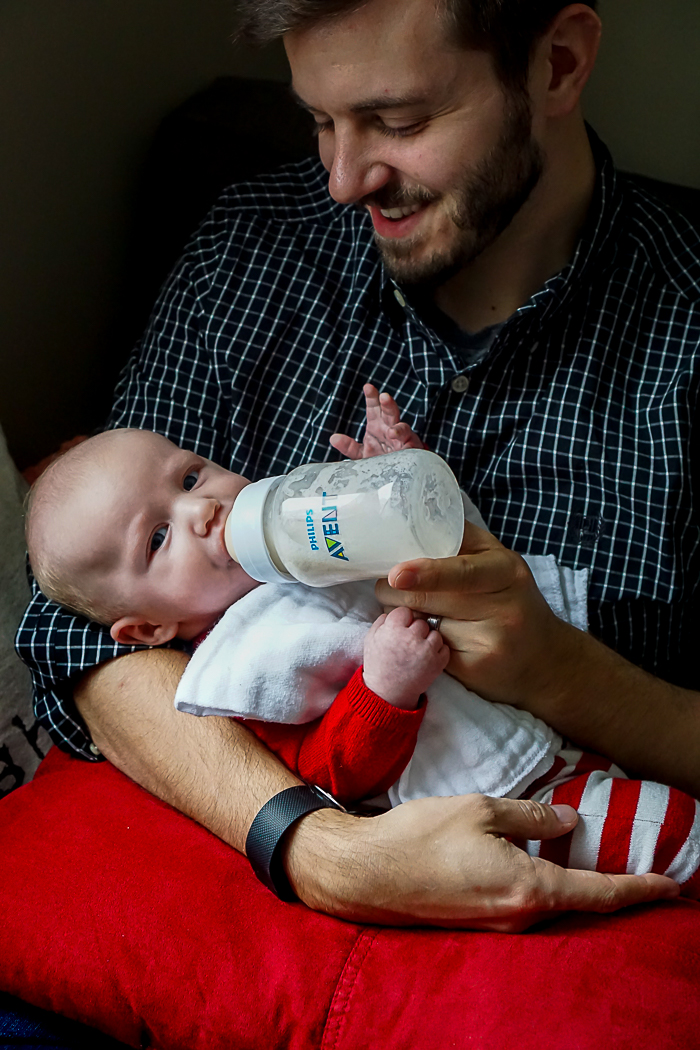 One of the main reasons we chose this bottle though over its competitors is that the Philips Avent Anti-Colic Bottle has fewer parts for easier cleaning. Reviews I read on other brands discussed small parts that were difficult to clean and eventually led to mold. I love my husband, but I am also realistic about his general lack of attention to detail. If so many parents were struggling with getting small little parts clean, my husband would, too. Philips Avent bottles only have 3 parts – the bottle base, the nipple, and the ring that seals them together. Simple, easy and always clean! 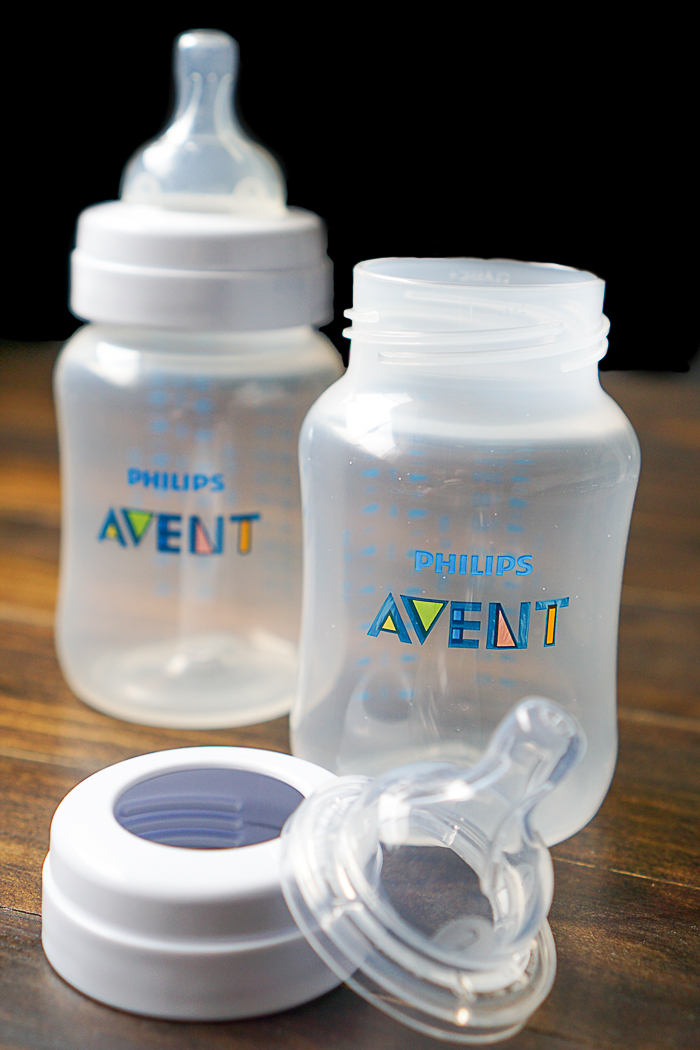 We discovered pretty quickly that Liam suffers from silent reflux. All babies struggle with some reflux, but Liam has a less developed sphincter (the muscle between the stomach and the esophagus). With a little bit of medicine, a sensitive formula, the Philips Avent Anti-Colic Bottle with newborn flow nipple, we have it under control. Calling it a life saver might be dramtic, but it certainly is a sleep saver because Liam feels well enough to sleep on his back with this combination! 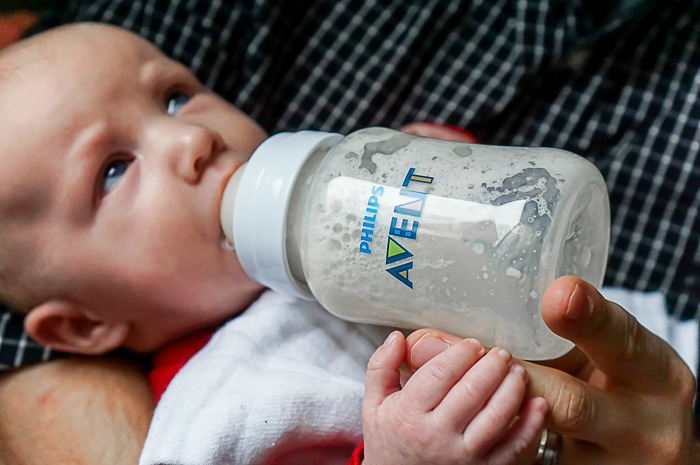 Plus, head over to Philips Avent or follow along with them on Facebook and Twitter to learn more and hopefully make the right choice for bottle for your family right away!