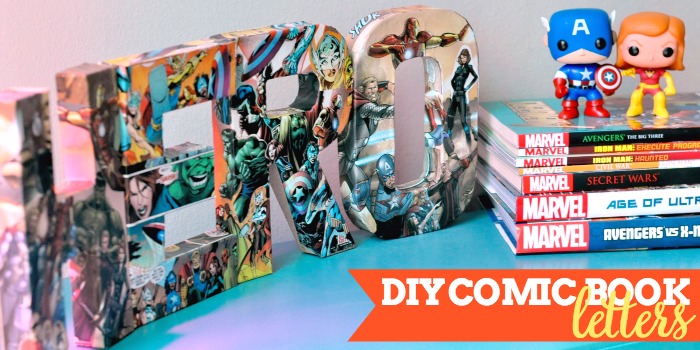 Hi, Nerds! If you didn’t know, today is Free Comic Book Day, so how could I not post a comic craft today for Avengers Week? It’s been such a fun and nerdy week – Incredible Hulk Smoothie, Captain America Cookies, Avengers Shirt, and a Guide to Reading Marvel Comics.

Speaking of Avengers, have you seen it yet?! We went last night and LOVED it!

I like to decorate the spot at the top of the stairs for the season or fun events – like AVENGERS! It often includes a wreath or picture on the wall above my favorite blue table but I wanted to do something different this time. With comics in mind and my love for decorating with letters, I thought it would be fun to do DIY Comic Book Letters. Yes, they are so totally nerdy but we love them! 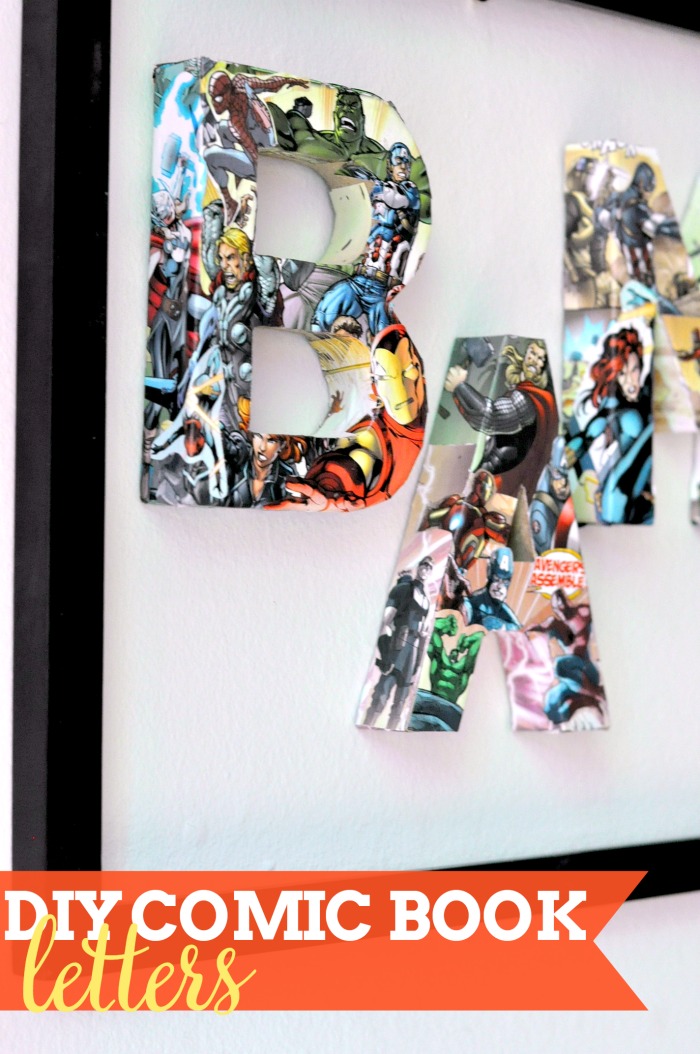 For the “wreath” I used smaller paper mache letters that would fit into a frame. After they were done, Bryan and I were talking about how this idea would be so cute in a kid’s room or even nursery, especially if they were done with the old time art style of comics with brighter colors. IF you are wondering why BAM, it’s “Bryan And Maggie” in initial form – plus an onomatopoeia you might find in a comic book.

For the table, we used bigger letters for the word “Hero”.

Here is the thing about making the letters – how long this takes depends on the overall look you want to go for AND your perfectionist level. Here are some general tips and thoughts about making them: 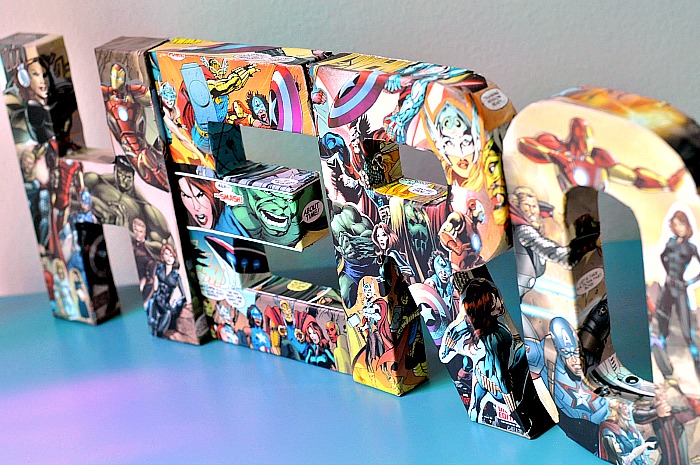 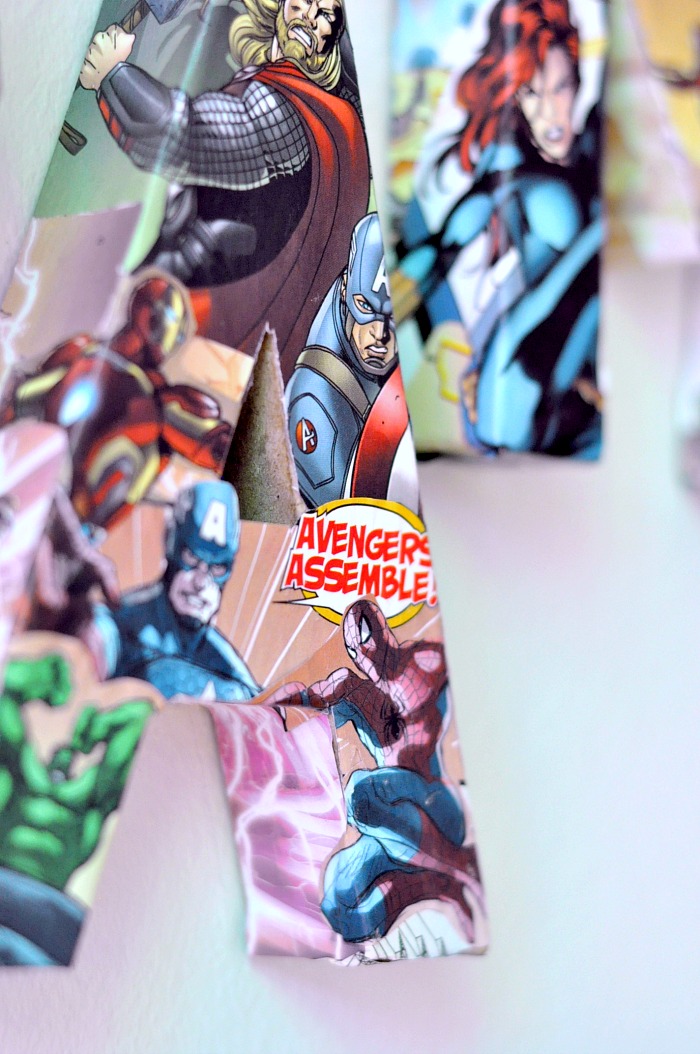 1. You will need to cut out the designs for the letters. I did this as I went; adding a layer at a time and seeing what fit. There is a lot of creative license here.

3. If you need to do any trimming – such as the inside of a letter A or on the sides – let the design dry first. It will be such easier to use the scissors or a craft blade to trim the paper once it is dry.
4. When you are done with the design and happy with the look, then it’s time for more Mod Podge. You will want to first check the edges of each letter. If the paper is coming up on the edges at all, put a little Mod Podge under the paper and press down for a minute. Then, when ready, put a thin layer of Mod Podge on top each letter. This is to help set the design. 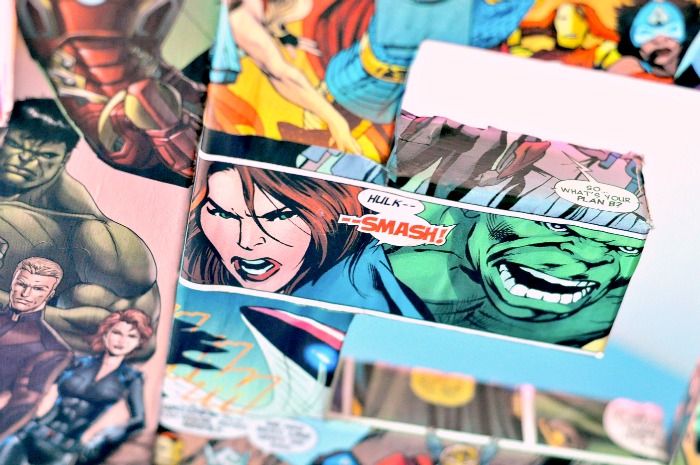