Hi there! I’m Leia.  I am from Eat It & Say Yum and am SO excited to be a new contributor here at The Love Nerds. Today I want to share my Maple and Bacon Stuffed French Toast with you. 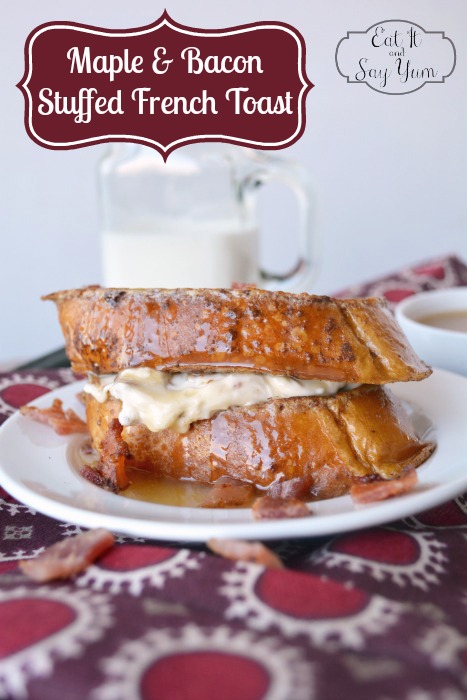 I don’t remember getting the memo, but apparently French Toast is all the rage these days. Which is fine with me because, hey, it’s delicious!

Get the bacon nice and crispy, then chop, or crumble, 4 pieces. 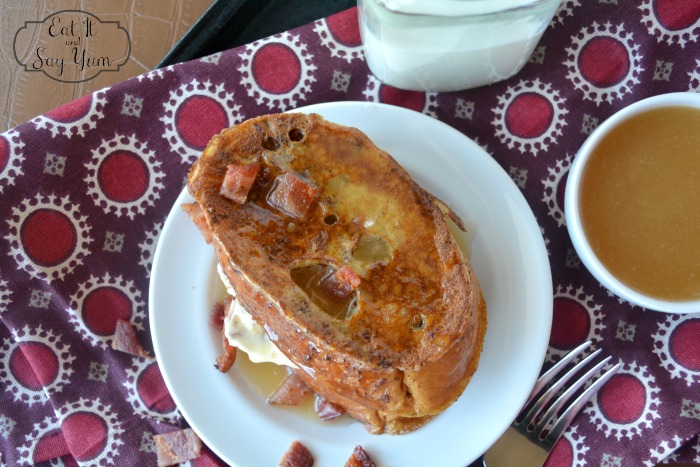 The filling is made with cream cheese, maple syrup, and the crispy bacon.  Super simple, but all ingredients that pack some great flavors.

Beat the cream cheese til fluffy, then beat in the vanilla.  Use a spatula to fold in the bacon next. 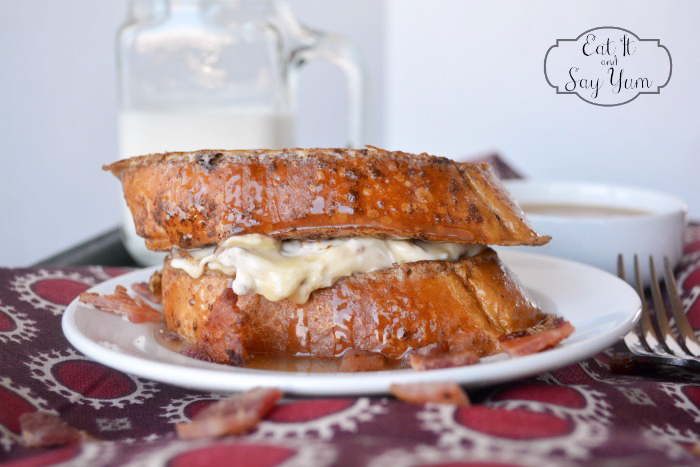 I like my french toast with a little crisp to the edges.  So once my skillet it about ready, I rub some shortening on it.  That fries the edges just a little, and I think it’s perfect. 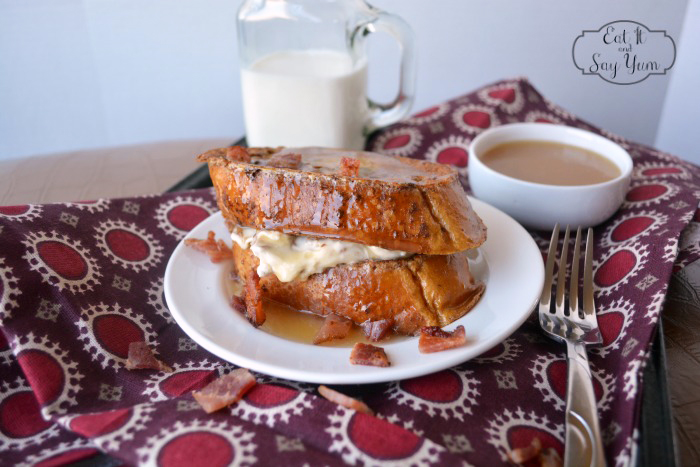 When preparing the egg dredge for the french toast, I beat the eggs and half of the cinnamon together first.  That powdery cinnamon has a tendency to fly all around, but the eggs help hold it together.  Add the nutmeg and vanilla, mix again.  Then mix in the milk.  Reserve the second half on the cinnamon.

After you have dredged the first 4 pieces of bread and they are on the griddle, then mix in the second half of cinnamon.  When you stop stirring the egg mixture, the cinnamon tends to float to the middle and it sticks to bread, which is good and bad.  You want cinnamon on the bread, but you want it to last until the last slice, too.  So that is why I add in the second half after dipping the first four slices of bread.  So the last slices have cinnamon, too.

Also, let each slice of bread soak in the egg mixture for at least 10 seconds.  You want the eggs and milk to really soak up into the bread.

Then cook the bread for a few minutes on each side with your griddle at about 325 degrees.  Or medium heat on the stove.

Each side should be golden brown and a little crisp.

Then spread some of the cream cheese mixture between two slices and top with your favorite syrup.  I love Buttermilk Syrup, it’s amazing! 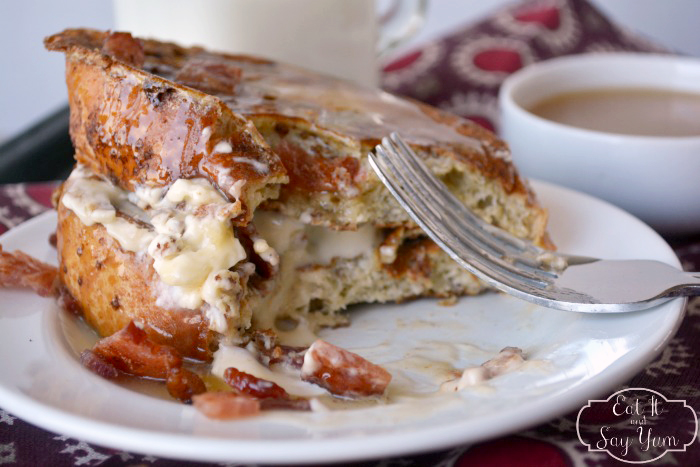 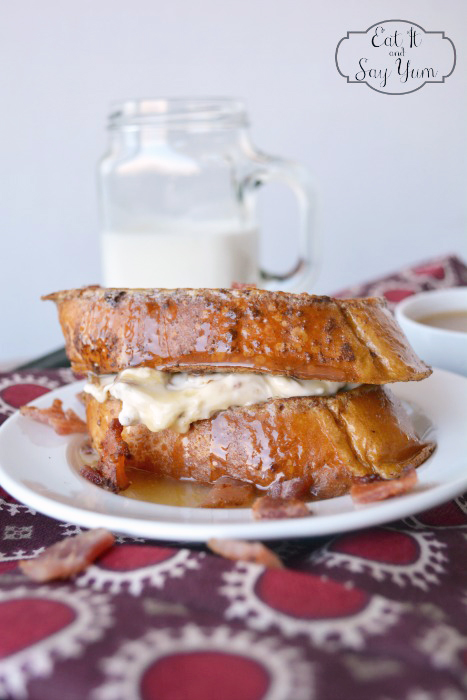