Now, don’t let the phrase “video game” throw you off. Give me a chance. 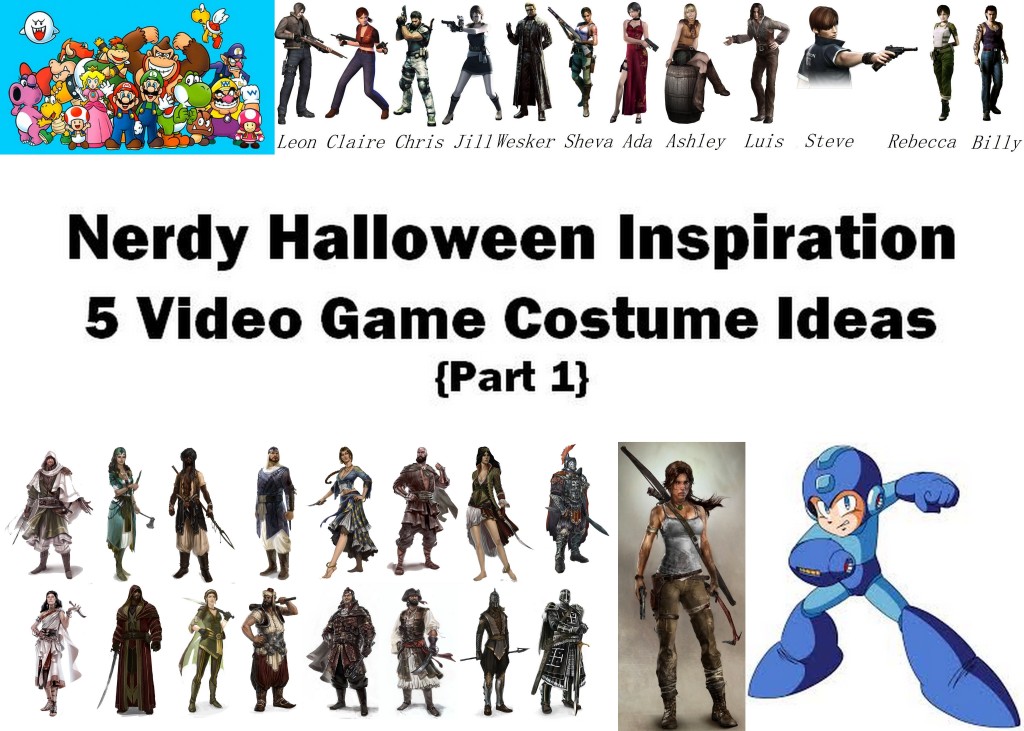 I don’t consider myself a “gamer” at all. My husband? Yes. He used to write professionally for a video game blog. My brothers? Yes. Me? I would say I am a gaming bystander who casually likes to play. You will never find me playing Call of Duty, but I do enjoy some Super Mario and kick-butt female characters like Tomb Raider. My husband and I might have also negotiated some household matters through Mario Kart tournaments before.

I have grown up around video games though and I do know quite a bit about them, so I thought it would be fun to do a small round up of video game costumes for Halloween. My goal? Easy costumes that both a casual gamer and more dedicated gamers would enjoy – meaning Princess Peach to Ezio.

1. The Mario Gang : Mario and Luigi themselves are super easy to do because you just need to get your hands on a red or green long sleeve shirt, overalls, a fake (or real) mustache and a baseball hat. In terms of putting a costume together, it seems manageable. If you aren’t interest in either of them though, there are so many characters to choose from and so many iterations. Want to be Peach but wear pants? Go as racing Peach from Mario Kart. The sky’s the limit with this cast of characters. 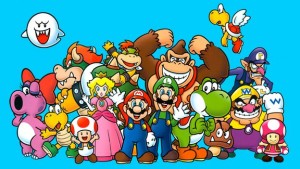 2. Resident Evil: With all the movies, Resident Evil has become pretty well known in popular culture. Like the Mario gang, RE also provides a lot of characters to choose from for both men and women. The picture below isn’t even all of them. Look through their pictures and just find a style you like – hopefully one that looks closest to your own closet. It is also easy to add in “extras” if needed with people dressing up as Zombies. Best part – some of them wear jeans and boots which is perfect for a cold Halloween night. Can you tell I like to be comfortable on Halloween?

3. Megaman: Megaman is a robot character popular since the late 80s. Since a lot of the gaming systems are releasing old games again, my husband actually decided to play Megaman again not that long ago. You would need to be a little bit more creative with this costume, but it is still feasible. The main thing? Think blue and look for one of those skin tight blue costumes. I saw a lot of good DIY Megaman costumes online so just do a quick Google search to check them out. 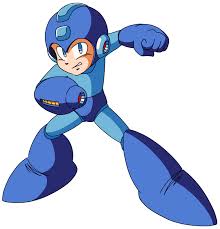 4. Assassin’s Creed: While the most popular assassin is Ezio, this game has a larger character pool to pull from then what first comes to mind. Consider playing any of the bad guys or a member of Ezio’s brotherhood (which is poorly named since it does include women). Most of the games are period pieces though so think the Crusades, the Renaissance, and the Revolutionary War. If that’s not enough options for you, you can also choose from church officials, monks, gypsies, and pirates.

5. Lara Croft “The Tomb Raider”: This is another video game that is better known as a movie with Angelina Jolie as the main character. I played this game alongside by brother a long time ago and I am now playing the new game; I like the new look to this character as she is a bit less busty and wears pants. I have thought about choosing her for my own costume inspiration this year as I could wear cargo pants or khaki colored jeans, boots, and a tank top with a bow thrown in for extra affect. Plus, I would just get to rock the messy pony tail.