This shop has been compensated by Collective Bias, Inc. and its advertiser. All opinions and the Latin Food recipe for La Morena are mine alone. #VivaLaMorena #CollectiveBias

How many of you belong to a die hard football family where everyone loves football? What is that like? See, I live in a divided household where game day treats like Cheesy Corn and Jalapeño Dip is what brings us together. 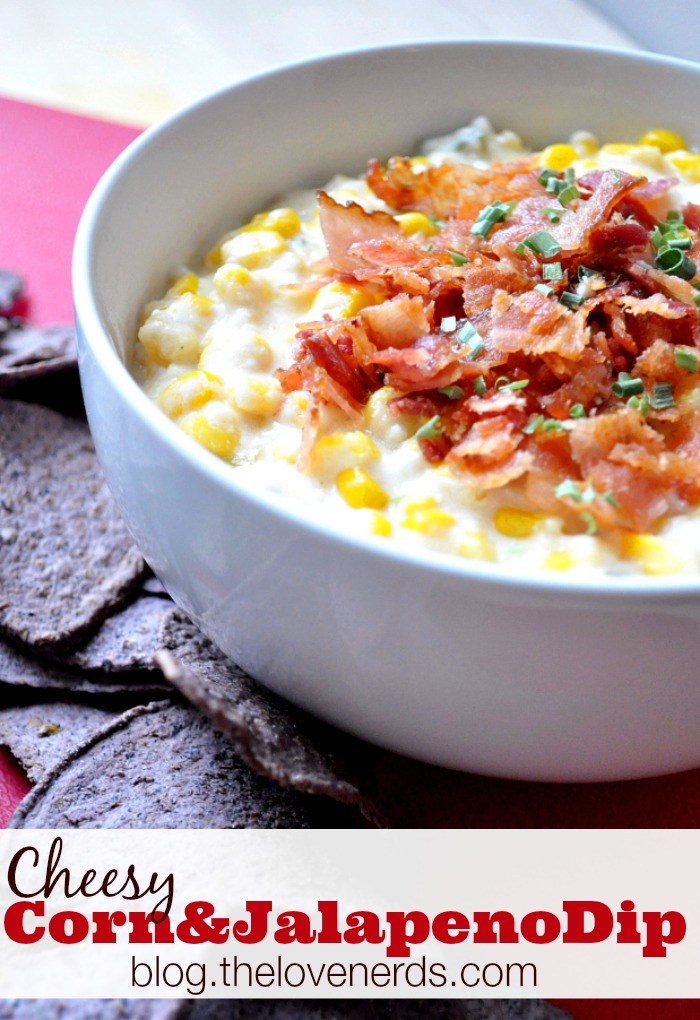 Bryan likes football but he LOVES Fantasy Football. For the last 2 years, he has been in 3 Fantasy Football Leagues. If you don’t get to enjoy the F.F. environment, let me tell you about it.

So that leaves Tuesday. For us non-football loving family members, I get Tuesday with no football talk. If I kept a strong line in the sand, I wouldn’t really see or talk to my husband much until after the Super Bowl. I would essentially LOSE a husband for what feels like half the year. We have to try to compromise. He tries to limit the shouting at the tv and the amount of games we watch in a week, and I attempt to talk a little football. 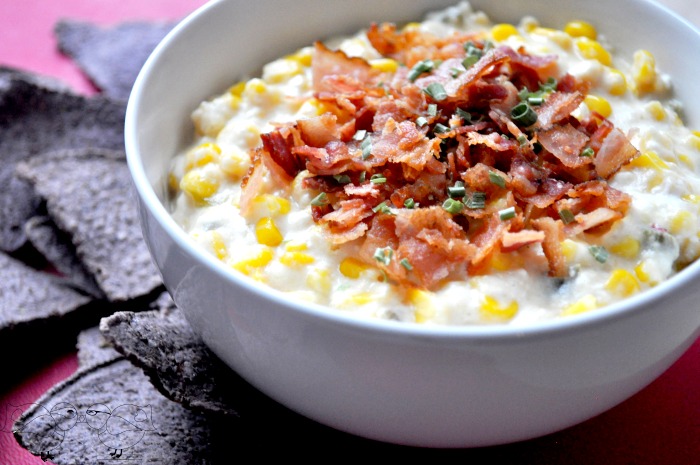 I ask him how his teams are doing. I even look at the projections. He might get annoyed because I call the players “characters”, but at least I’m asking. I also make game day snacks! If I am going to have to watch football, I might as well do it being a Cheesy Corn and Jalapeno Dip. Am I right?!

This dip was truly created for my husband. I have mentioned it before, but Cap thinks that corn should be the only vegetable. Ever. If I offered it to him every night, he would eat a large bowl entirely by himself without a complaint. If I put 5 pieces of lettuce on his plate for a salad, he complains. So – a corn dip for game day! 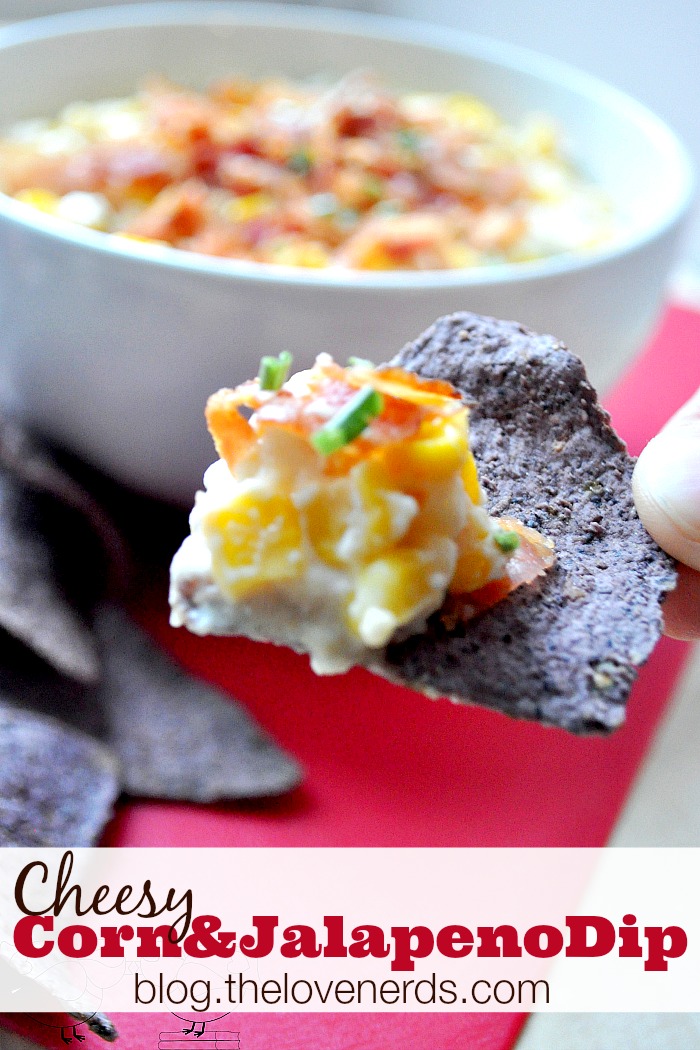 It definitely hit the spot yesterday! The bacon and chive topping rounded out the creamy and sweet corn flavor well. Plus, those La Morena Jalapeños had come kick! I love cooking with authentic flavors in my Mexican inspired recipes, so I drove to Cermak Produce Market specifically to add these into the dip. La Morena has a great collection of jalapeño, chipotle sauce (which I bought to try in a different recipe coming soon!), and delicious refried beans.

Authentic Mexican/Latin ingredients tend to have more of a punch than Americanized versions. I diced up 2 jalapeños, and it was the perfect amount of heat for us. Make sure to test taste though before adding them in for you and your family because everyone likes a different level of heat.