You are here: Home » Blog » NERDY » Books » Why Hermione Granger is My Favorite Character
This post may contain affiliate links. Please see my full Disclosure Policy for details.

I know that this is a bold statement that might elicit a lot of arguments from people for their favorite female characters or Harry Potter haters, but this is my blog, so I think it is okay for me to voice my HP love. Hermione Granger is THE best, most well-rounded female role model out there right now. I have grown up with these books and then the movies, and it is the only series that I constantly go back to.

1. Hermione is willing to MOVE TIME just to take more classes. We sadly live in a generation where students don’t often value their education  Hermione, though, she does everything in her power to educate herself.  I love the fact that she is really, really smart! Too often in YA novels, tv shows, and video games, girls are absolutely gorgeous with zero brain power. Or, they are smart with so many other annoying traits that you have a hard time liking them. Hermione is not perfect at all and she can be annoying, but can’t we all? As a whole, she is kind, funny, and so freaking SMART! I love that what is celebrated about her is that she is “the smartest witch of her age.” 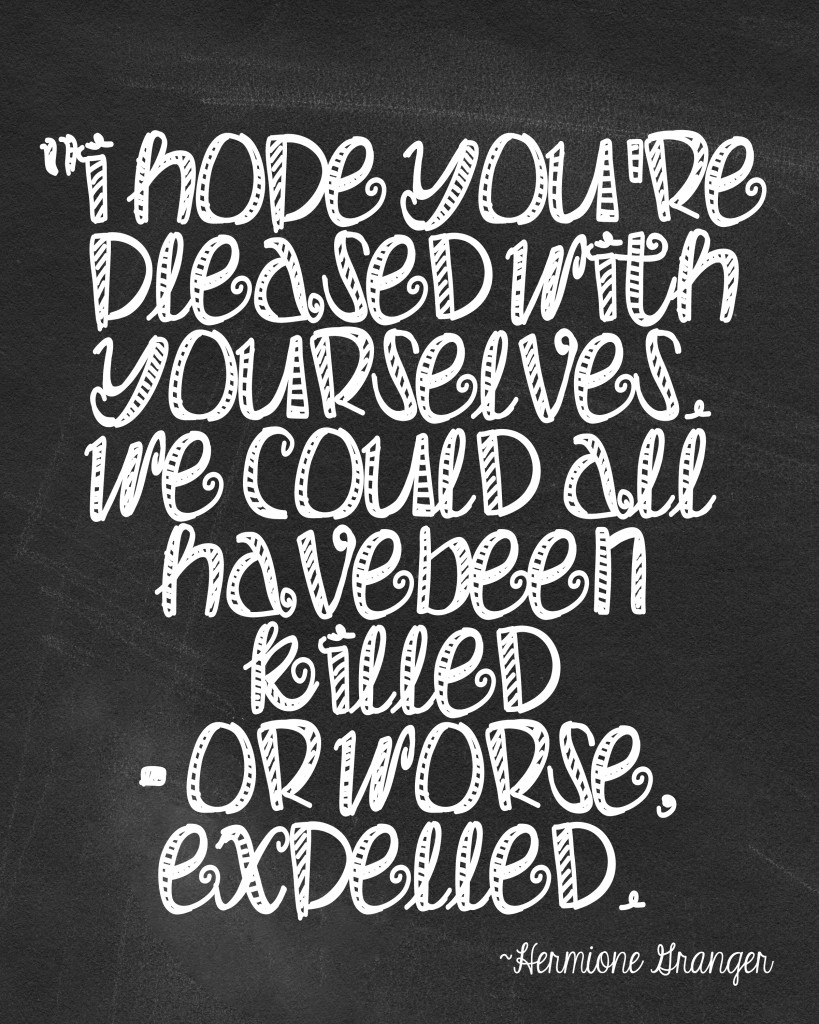 2. She doesn’t back down from the scary stuff. I truly believe that most 11-year-olds would have run to the hills when they found out their best friend was being targeted by the scariest, most evil person in the world. Instead, she stands by Harry more than any other character in the series, starts Dumbeldore’s Army to make sure they are protected, and doesn’t bat an eye when she needs to leave school to help fight Voldemort.

3. She is loyal and protective. In the final book, she is willing to completely erase herself from her parents’ memories in order to keep them safe, and she does so without complaint or whining. 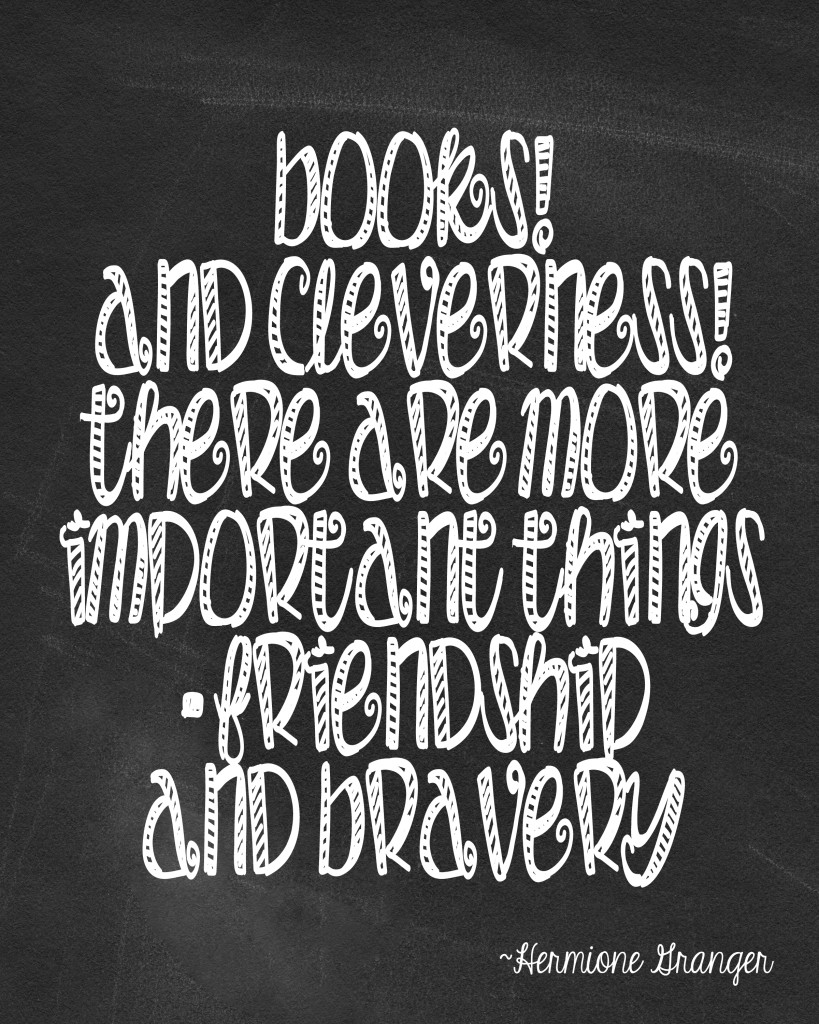 4. She is incredibly intuitive. She is often the voice for others – explaining to her friends how Neville probably feels when Bellatrix gets loose from the Azkaban and to the boys how Cho is probably feeling torn between Harry and Cedric’s memory. Hermione: “Ron, just because you’ve got the emotional range of a teaspoon doesn’t mean we all have.”

5. She doesn’t become a super crazy girl during the love phase of the books. Many of the girls do some crazy things in the books to get a boy’s attention, but Hermione just bides her time. Sure, she gets upset sometimes – again, who doesn’t? – but she doesn’t stalk or make crazy love potions. Instead, she patiently waits for Ron to wake up and realize what’s been there all along. “Just because it’s taken you three years to notice, Ron, doesn’t mean no one else has spotted I’m a girl.”